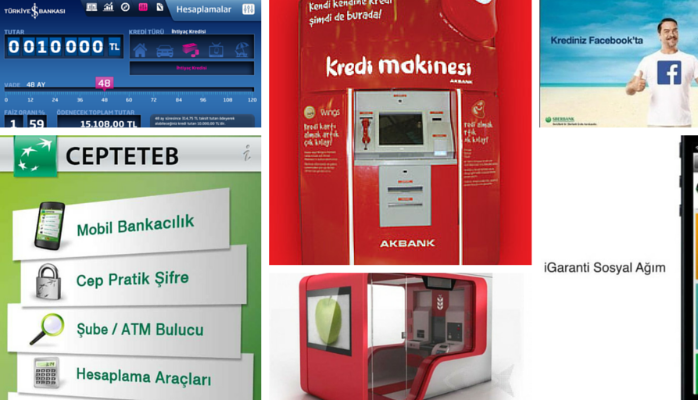 While 29 banks are in the race to get their licenses in the UK, including a sizable number of digital banks, Turkey – the social-media-based banking innovation hotbed of Europe – didn’t launch a single new bank in the past few years.

Until earlier this month, that is, when BNP Paribas’ TEB launched its digital bank, CEPTETEB. In fact, the digitally obsessed Turkish millennials ensure that #cepteteb is a trending topic on Twitter (which is refreshing to see for someone in the UK, where bank Twitter handles are only used for complaining).

Yet, why hasn’t there been a digital bank in Turkey sooner? The answer is quite simple: the so-called ‘traditional’ Turkish banks have been so innovative and customer-experience-friendly that they have been faring much better than the newly launched digital banks in other countries. The UK is notorious for its gaps in customer-centricity in banking offerings. In the US, only 23% of customers are happy with their banks.

The ‘traditional’ bank Garanti, with its 12 million customers and 950 branches, launched special products targeting millennials, and ran education campaigns to get them started on current and savings accounts over a year ago. It integrated wallet, savings, loans and offers into a single access point, the iGaranti mobile app. The app even had a ‘conversation’ feature that enabled users to ask questions about their bank accounts.

The banks in Turkey have tried to make even the worst aspect of customer experience an experiment in digitalization. DenizBank started using iBeacon technology to provide a queue number as customers walked into the branch. One of the most hated banking procedures is loan application, so Akbank made this a tad more exciting by providing ‘credit kiosks’ that handle the loan process, right down to ID scanning and loan agreement printing.

This wasn’t restricted to just the private banks. Ziraat Bank, the state-owned bank of Turkey, launched unstaffed video kiosks to replace teller counters, handling money, forex, bonds and bills (branch elimination at its finest!), proving that the market and the banks (as well as the customers) were ready to embrace digitalization in a big way in Turkey as far back as 2011.

Turkey vs experience and capital

The CEPTETEB launch has come at an appropriate time, with the Turkish banking market seeing some unprecedented movements in the past month. BBVA has just become the leading shareholder in Garanti Bank, Turkey’s third largest bank. HSBC is currently in talks to sell its Turkish arm to ING Turkey. BBVA and BNP Paribas investing in the country is an interesting sign, as both have been the largest investors in fintech. BNP Paribas has already launched three digital banks worldwide (including Hello Bank in the UK), and BBVA has announced a venture capital fund to continue its ‘fintech spending spree’. It’s an interesting equation now, with Turkey’s own digital programs versus the larger banks’ experience and investments from outside Turkey.

An example would be the recent agreements BNP Paribas has signed with Facebook, Google, LinkedIn and Twitter. These will definitely improve the way BNP Paribas TEB integrates digital media into its offerings. On the other hand, Garanti Bank has offered a Facebook-integrated mobile banking app, and Deniz Bank has been accepting loan applications via Twitter for about three years.

The next step in the digital media war would be for both sets of banks to improve the scale of their offerings, ensuring it reaches the under-30 market of Turkey, which is over 50% of the total population today.

Turkey is proof that the size of firms isn’t a barrier to innovation. It’s where traditional banks have learned to innovate, and at a faster pace and with less investment than most of its peers. It will work well for the new digital banks to give it the attention it deserves, and of course, learn from it!